busThis is different from my usual articles, which are usually on mental health, for obvious reasons: it’s about a realtime problem—it’s on right now. And I wanted to provide a place where people can get basic helpful info on this issue. And after all, Ebola isn’t going to be the end of us: we can Rise Above It.
So less than 24 hours after the sad news that Sheikh Umar Khan, the 39 year-old doctor from Sierra Leona who has been leading the fight against Ebola, had himself contracted the virus, we hear that it’s right here. At home.

In Lagos. Obalende area, to be precise.

Channels TV reported a few hours ago that a 40 year-old Liberian man is being treated as a possible case of Ebola infection. The hospital where the man is on admission has been cordoned off (as part of the quarantine protocol for any case of Ebola detection). And the Lagos state government has made a press statement about it.

Should you be scared? No.

The government has already started by informing us. It’s our move now, yours and mine. Get informed. And then get the info out to everyone you care about.

Here are possible signs of Ebola you need to know about:

It typically starts with flu-like symptoms:

Basically, the person might feel like they have what most of us Nigerians usually think of as malaria symptoms.

Like I said, these are the ones it typically starts with. Others include:

One more thing to note: the way Ebola spreads is by exposure to body fluids (blood, sweat, saliva, mucus, tears—and yes, semen and vaginal secretion). It is not known to spread by AIR.

EBOLA IS NOT KNOWN TO SPREAD BY AIR.

So relax—you don’t have to hold your breath.

What can you do to protect yourself?

I know, this is what you really want to know. 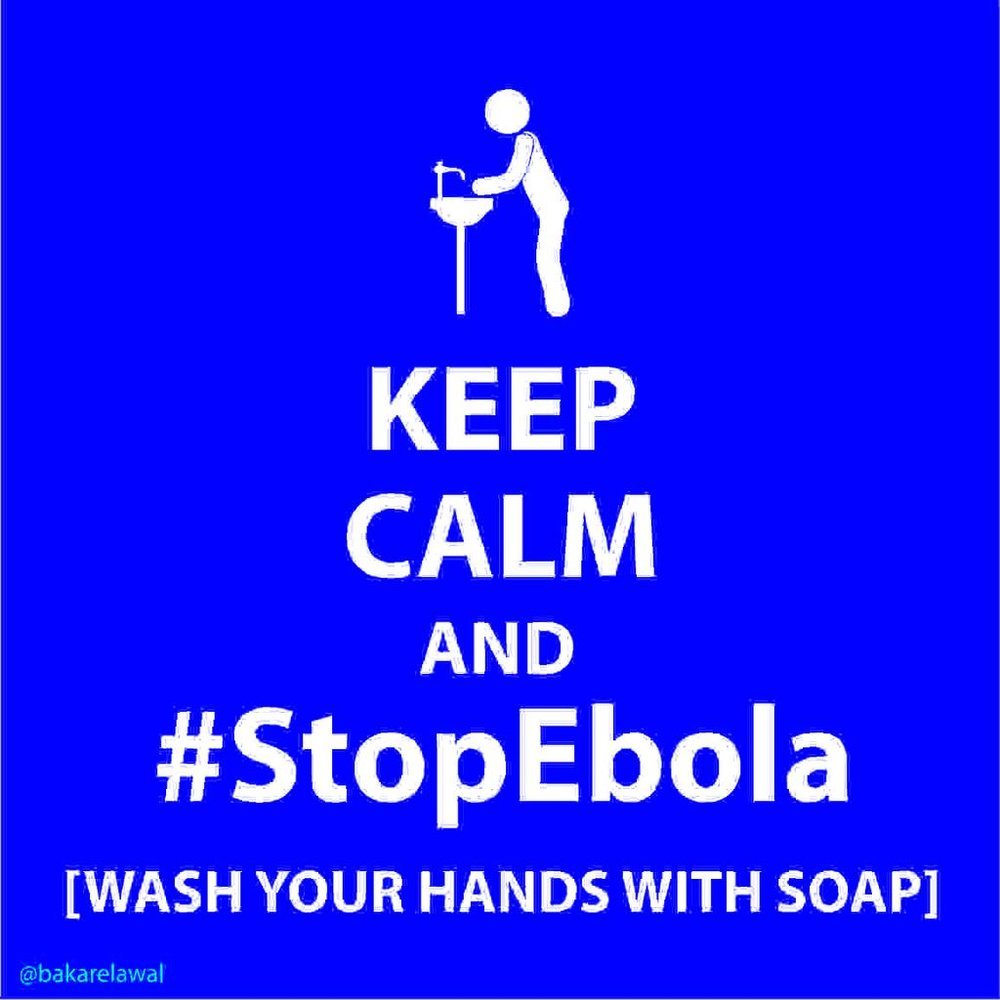 Here’s to our mutual victory. We can beat this.

Helpful resources (I’ll be updating this list as I find more, so be sure to keep checking back).

How to wash your hands:

Update 4:30 pm, Friday (25 July)
The Liberian man is said to have died this morning. Apparently his embassy has been informed. Meanwhile, there’s no official word yet on results of the tests for Ebola. Fingers crossed that maybe it’s something else?

Update. 4:41 pm, Friday (July 25)
There’s news going round about using hand sanitisers. According to the Centres for Disease Control and Prevention (CDC, a leading public health authority), handwashing with soap and water still beats sanitisers for removing germs. But you have to wash with the right technique, as in the video I shared above! Please go and check it out again and be sure you get the technique right!

Update: 12 noon, Saturday. (26 July)
The Liberian man being tested for Ebola (and treated as a possible case of it) has been confirmed to have it by the LUTH lab, according to a Friday update by Minister of Health, Onyebuchi Chukwu. State commissioner for health, Dr Jide Idris, however says results from the Dakar lab are still awaited. See more info here.

Update: Sunday, 27 July
I just found the best crash course on Ebola yet, and it’s by our very own, a Nigerian-led African company called Big Cabal Media. The site tells the facts in simple English, no medical jargon and images that speak. Check it out and share the link: EbolaFacts.com.