Hi, how’ve you been? Sorry, I’ve been kinda sidetracked in the last couple weeks. I wrote a post immediately after the outbreak hit Nigeria (at the suggestion of a few doctor friends) on about what you could do to protect yourself. It turned out to be my most viewed post ever, but it also turned out to lead to other events that took up my attention. I was going to go back to my usual mental health-related writing, but I decided to do a second post. You’ll see why as I go on…
Ebola.

It’s in the news everyday now. Every news outlet and blog is rushing to offer the latest update on a disease most Nigerians hadn’t heard of before this year. Now a lot of people have heard of Ebola, but with that knowledge has come fear and panic.

And it’s this fear and panic that has caused us to run after stuff like kolanut recipes and salt-and-water baths as protection against Ebola. So in this post I’ll be going out of my usual mental health track to address the psychology of fear and panic, and why you shouldn’t be afraid of Ebola.

I need to say this though: Ebola really is a serious issue, and I’m not about to try to downplay it. I want to help you see why, as serious as it is, you should still not panic. But first…

How I first heard about Ebola

Interestingly, I first heard of Ebola from Tom Clancy, of all people, through his 1996 novel, Executive Orders. I was in senior secondary school at the time, and devoured novels like they were food. Sidney Sheldon, Robert Ludlum (author of what would later be made into the Bourne Trilogy movies) and Tom Clancy were among my favourites. Clancy because his books featured a lot of fascinating info on weapons and military tactics and the kind of knowledge that makes a young geeky teen male feel really cool. 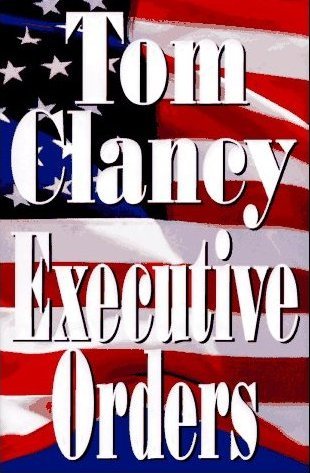 Anyway, one of the major plot lines in Executive Orders was the release of a strain of the Ebola virus as a biological weapon by a group of terrorists. (Interestingly, there were a few other almost prescient events in the story: China “accidentally” shot down a Taiwanese airliner, terrorists bombed the White House during the president’s swearing in, and the destruction of a Middle Eastern leader’s residence was televised on American TV.)

Anyway, the Ebola attack in the story is contained by a restriction of travel and the enforcement of a state of emergency. But the virus itself is so deadly that it turns out not to spread in the way the terrorists hoped, and the worldwide scare is averted.

Flash forward to a few months ago…

…when Ebola hit the news. There was an ongoing outbreak. It had apparently begun last December in Guinea, but wasn’t detected till this year. And then it had begun to spread. There was news every now and then of new cases, and new deaths.

Then on July 25, the dreaded news broke out: Ebola was in Nigeria. Right here in Lagos. And since then, it’s spread like wildfire, from blogs to businesses, from the state government to the streets. Everyday we hear some new info on Ebola. Salt today, vaccines tomorrow. New suspected cases. New deaths.

And we are afraid.

But we shouldn’t be.

Why you should not panic about Ebola…

5 ways you can spread hope instead of panic

Are you feeling more hopeful yet? I hope so. Here are a few ways you can spread the feeling.

I said it before and in closing, I’ll say it again: Ebola is serious, but it isn’t terminal. And we—you and me and those we love—we are not hopeless. We can rise above it.