She was middle-aged, visibly sick, and surrounded by a foul-smelling odour that on closer examination, emanated from her breasts. Her diagnosis: stage 4 breast cancer.

It had been diagnosed over a year earlier, at an earlier stage. Surgery had been advised then, but that had been the last anyone saw of her. The rest of the story had come out on her return. Alarmed at the prospect of going under the knife and losing her breast, the poor woman had gone seeking spiritual help. But the cancer went on rapidly ravaging her and she had returned, terrified, to the hospital to get the surgery after all.

The problem? The cancer had spread beyond the breast (which is what stage 4 means) and surgery wasn’t going to do. Later, talking to us students, the surgeon was very vocal about his frustration with her (for fleeing treatment when the prognosis had been good) and with religion (for giving people false hope that was costing lives). 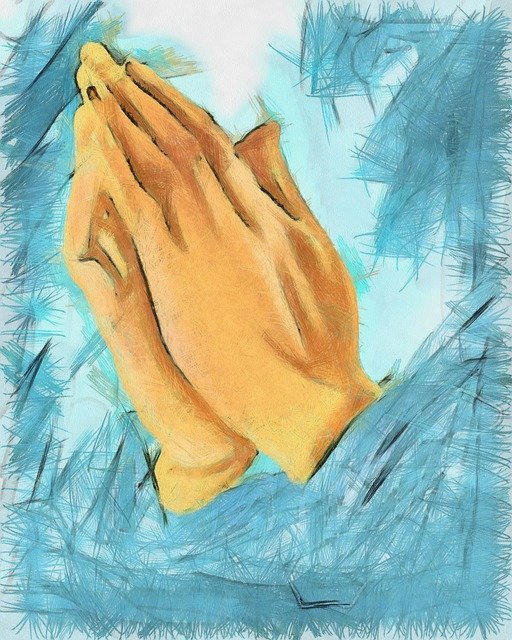 I couldn’t blame him. Not then, not since. I have often thought back, over my years of practising, to that moment and to his frustration. It’s a frustration I’ve come to know too well. I feel it when I see people shun medical care that works in favour of dubious traditional and spiritual remedies. I feel it when I hear religious leaders subtly (and sometimes not so subtly) discredit medical care. I feel it when friends and relatives who undermine the confidence of their loved ones in the healthcare system. I feel it when fellow medical doctors make careless statements that encourage the continued spiritualisation of illness.

And I feel this frustration doubly, because I am a person of faith myself.

Growing up, I was caught up in the conflict between faith and science. Both represented identities I was unable to reconcile, more so because people on both sides saw them as mutually exclusive: “true believers” didn’t get bogged down by what they didn’t know, my beloved science and science-fiction books disparaged faith. And just as I was beginning to reconcile the dichotomy, I started my specialisation in, psychiatry, the one medical field almost everyone (including fellow and senior doctors) agreed was really spiritual! I’ve actually had a fellow doctor friend say: “But, deep down you know it’s spiritual.”

But are mental illnesses really spiritual?

So if mental illnesses are spiritual, how come meds work? The general impression is that they don’t, but they do amazingly well, they’re even cheaper, generally, than medications for other long-term health conditions.

Makes you wonder: if mental illnesses are spiritual, then these are a very interesting variety of spirits. (Yes, I know medications don’t work all the time. But then, how many things in real life work all the time? And especially when it’s the complex machine that is the human body we’re talking about — maybe we should cut meds a bit of slack?)

I’ll tell you something — no, make that two things:

You know the funny thing? This isn’t even about knocking non-medical practitioners. I’m just saying, even they agree (if only tacitly) that medications work. Can we all just agree on that?

Let me explain with a familiar example. The idea of children who kept reincarnating only to die early is a well known one: in Yoruba, we call them abiku, while the Igbo call them ogbanje. They were the children who wouldn’t stay, and the practice then was to mark them (to know them when they came again) and pray that maybe this time, they could be persuaded to stay.

But now we know about Rhesus incompatibility which can cause baby after baby to die (learn more here). Now Rhesus negative mothers with positive fathers get RhoD injections — tell me when last heard of anyone with access to medical care who had abiku?

That’s just one example. There are others, in health and other fields. (“Monster” children and what we now know about causes of fetal malformations. Lightning and Sango. Rainmakers as the original “weathermen.” You get the idea.)

My point? We came up with “explanations” for strange phenomena because we didn’t know better. But as we have come to learn more about ourselves and our world, many of these phenomena are themselves disappearing. So here’s what I tell people: I won’t argue with you about whether or not mental illness is spiritual, as long we can agree that it’s no more spiritual than malaria is. What I have an issue with is making it specially spiritual.

In most fields of medicine, we don’t hold on so much to the old trado-religious beliefs. (Yes, I know they still persist in many other ways, but generally, yeah?) In mental health, we’ve not let go of them, but I’m saying: is that because we have actual proof in their favour — or because we simply aren’t aware of the increasing — and increasing available — knowledge about mental health and illness?

There’s a lot we don’t know, but what we know is enough to tell us that there are physical processes going on here.

Yes, I am: I’m knocking the version of it that’s anti-medicine. Because it kills people. This thing is not theory: I’ve seen people die because of these misconceptions (the woman in the story I told at the start ended up not making it). But what if, instead of seeing spirituality as an alternate explanation, we saw it rather as just a different language for the same phenomena?

In my work with clients, and their various or no faiths, I neither ignore nor tackle the spiritual beliefs or unbelief of my clients. On the contrary, I work with them as they are. I use what I know of their beliefs to explain to them what I know of their illness. (Sometimes I’ve been asked if I shared their faith!)

In general, modern medicine has come to accept the big role spirituality plays in most people’s lives. In the early days of mental health, there were views of spirituality as a mental health problem in itself, but that’s changed. Now most psychiatrists won’t insist on an anti-spiritual view. If a client sees illness as spiritual, it’s fine: as long as they see it as medical as well. Nothing wrong with praying, as long as you also take your meds and take other medical advice seriously.

Faith offers hope. So does medicine. But they offer it in different ways. The question is, can those ways be used complementarily?

[bctt tweet=”Faith offers hope. So does medicine. But they offer it differently. Learn more. ” username=”DocAyomide”]

And I would say the answer is yes, even though their different approaches have often been portrayed as antagonistic. I will write more on this, but here are a few ideas, for starters:

What do you think? Let me know in the comments!

To learn more about how mental illnesses actually happen, check out my previous post: “How are mental disorders inherited?” To read the follow-up to that, and learn more about traditional wrong beliefs, go here.

(I first wrote this for publication on BellaNaija.)